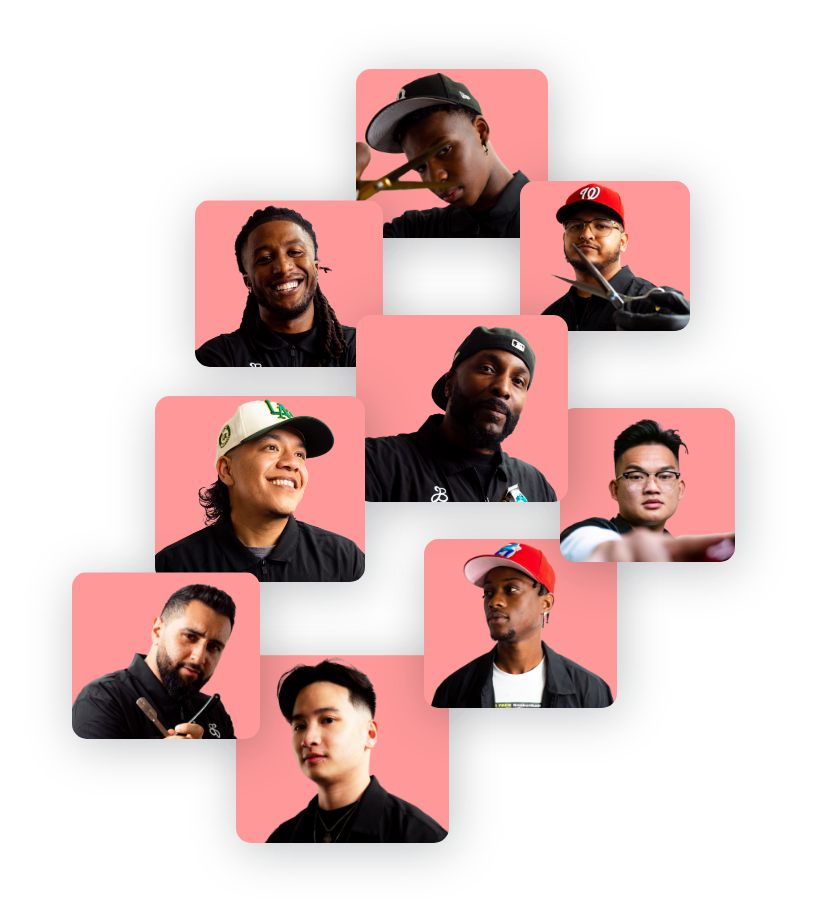 We’re here to make a genuine impact on the way customers view themselves inside and out. We do so by servicing everyone as family and providing a unique experience through quality haircuts & education in our friendly, professional environment.

Doing the right thing even when no one is watching and being a good leader for others to follow.

Being successful in achieving our goals, sharing wisdom, and obtaining health and wealth.

A group of individuals that supports each other with love and encourages growth through experience.

A modern take on a time honored tradition, J’Bez takes their craft beyond a simple haircut. The original idea for opening up a barbershop came about in 2016 from the hearts and minds of our founders, Gerson Lemus and Will Rials. While working together at the same barbershop before founding J’Bez, the pair not only witnessed the barbershop industry’s potential, but also recognized the obstacles that kept it from growing to the next level. This is what turned their attention towards UC Riverside (UCR), where they saw the sea of opportunity. All it would take is some time and the right location to make their small idea bloom into something great.

While studying abroad in Spain, Gerson took two business classes taught by the man who would later become a pivotal force in their business: Alex. One of Alex’s courses was inspired by Shark Tank, where students would build a business venture and present it at the end of the course. Gerson used this as an opportunity to take his and Will’s barbershop idea and transform it into something more concrete.

Presenting the venture that would later become J’Bez caught Alex’s attention, and having been part of many successful ventures himself, he knew a good idea when saw it. Later that year, Alex met Gerson and Will in California and helped them find a location for their shop, which finally set the first roots of their dream.

Amongst the usual struggles that came with opening a new business, Gerson and Will found themselves grappling with what to name their new home. In a moment that can only be described as divine providence, Will recalled his upbringing with his minister father. Taking its namesake from Jabez from the book of Chronicles, J’Bez is all about growing from knowledge and making sure their community grows with them. With a new home and name to show what they were all about, J’Bez opened its doors for the first time on May 10, 2018 at the University Village near UCR. In four years time, they gained thousands of clients, new partnerships, and a new location on UCR’s campus. J’Bez is on its way to become a household name in the Inland Empire, and as much as Gerson and Will have already accomplished, these first steps are only the beginning of their story.

Book a Hair Appointment with Us Today!